Rockdale, Texas is at the intersection of U.S. Highway 79 and U.S. Highway 77, thirteen miles south of Cameron, the county seat of Milam County. In 1873, George Green, B. F. Ackerman and Frank Smith sold 400 acres of land to the International-Great Northern Railroad, which was laying track from Hearne to Austin. A sale of town lots was held on September 3, 1873, and the track was completed to Rockdale in early February 1874. The new town was named by Mrs. B. F. Ackerman for a rock, which was twelve feet high and had a circumference of twenty feet. The rock was adjacent to the road just outside Rockdale to Cameron.

The town of Rockdale claims its beginning as 1874. It was incorporated in 1878 and established an aldermanic government. The first major railroad town in Milam County, Rockdale quickly developed as a shipping and supply point for area farmers, who produced cotton, wool, vegetables, fruits, grain, hides and livestock. By 1884 Rockdale had 1700 residents, five churches, two schools, two steam gristmill-cotton gins a 250-seat opera house, a private bank, a weekly newspaper and other assorted businesses. Lignite coal was found by state geologists in 1867.

By 1870, Herman Vogel established the Vogel Mine which was a slope mine located on the east of Rockdale close to the International Great Northern railway. By 1895 six coal mines were in operation. Each mining area had a camp, store and a saloon. Hispanics fleeing the Mexican Revolution came to the Rockdale area and were employed in these mines. Mining became an industry to the area and two Rockdale residents served on the Texas State Mining Board: E. A. Camp and N. M. Bullock. By 1914, Rockdale was shipping 7,000 railroad cars of lignite coal every week.

A shallow oil field was discovered near Rockdale in 1920 prompting the establishment of an oil refinery on the outskirts of the city. The growth of oil and natural gas between 1920 and 1940 undercut lignite in the energy market. Rockdale lost most of its leases and ceased to mine until lignite became more viable as an energy source. In the early 1950'S the Aluminum Company of America discovered a way to use lignite to generate power to produce aluminum. The industry revitalized the areas economy and attracted many new residents to Rockdale. Rockdale's population grew from 2,300 to 6,300 by 1958.

Rockdale as a part of Milam County has had inhabitants living here for as far back as 10,000 years ago when Indians roamed this area of Texas. By the 1600's as many as twenty seven Indian tribes were known to live and roam this area. By 1691 Spanish explorers and Mexican missionaries of the Catholic faith explored the area just 8 miles northwest of Rockdale. In the mid-1700's three Spanish Missions and a Presidio were built on the south bank of the San Gabriel River. These missions lasted only three short years due to famine and drought in the area. Rockdale is 8 miles north of the El Camino Real de los Tejas National Trail. Though the missions no longer stand, Apache Pass, a pass known to the Indians, explorers, and Pioneers, and the settlers who chose to make this area their home, is still on the San Gabriel River for all to view. 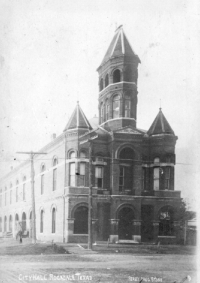 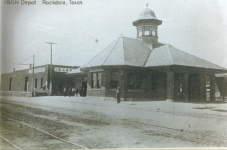 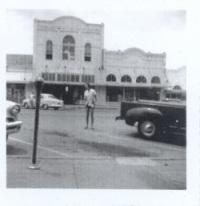